Same photo, but one was processed with Photomatix Pro HDR software. This is a very minor example of the kinds of effects you can get with the software. To get better results, it would help if I would have taken multiple exposures to get a true HDR image. It would also help if I would have used a lower ISO setting. The fact that I had no clue what I was doing didn't help much either. The processed one probably has the sharpening dialed up too high, but oh well.
Posted by Brad Raple at 8:59 PM No comments:

I was in Price Chopper the other day, shopping for groceries, when I saw a tabloid that had Paris Hilton on the cover. In case you didn't guess by the title of this post, it was about Paris Hilton's "Prison Hell".

I'm not normally much for celebrity "news", but this case has piqued my interest. She's lucky as hell she got off as easy as she did. First, she skated from the DUI she should have received already. She repeatedly ignored the fact that she lost her license. Getting pulled over on a suspended license in KS gets you arrested.

Also, she hasn't been sentenced to "prison" despite the tabloids' lazy mis-characterization of correctional facilities. She's going to the county jail. Big difference. Once there, she'll be segregated from the rest of the inmates, which is another perk that most schmucks don't get. I understand why celebrities are isolated, but it is better than being in the general population, regardless of the necessity.

Besides, her sentence has already been cut in half for "good behavior". Wow. I wonder if they were referring to her racist diatribe, her repeated public nudity, or her continuing effort to infect the remainder of Hollywood with herpes. We may never know.
Posted by Brad Raple at 9:50 PM 1 comment:

An interesting take on the 2nd Amendment controversy 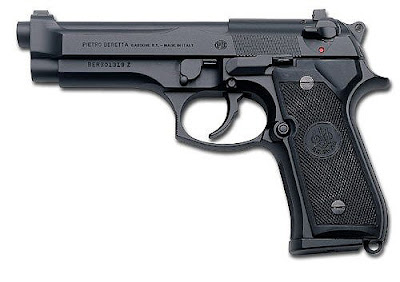 Here is an interesting possibility, although highly impractical. What do you think of this?

Current version of the 2nd Amendment:

"A well regulated Militia, being necessary to the security of a free State, the right of the people to keep and bear Arms, shall not be infringed."

Here is a proposed amendment:
"Section 1. The second article of amendment to the Constitution of the United States is hereby repealed.

Section 2. The right of the people to keep arms reasonable for hunting, sport, collecting, and personal defense shall not be infringed.

Section 3. Restrictions of arms must be found to be reasonable under Section 2 by a two-thirds vote of Congress in two consecutive sessions of Congress before they can be forwarded to the President for approval."

In any case, it's much more clear. The only sticking point is the word "reasonable", but the fact that hunting, sport, collecting, and defense use are explicitly allowed makes restrictions less likely, and an absolute prohibition impossible. Depending on how you (or more importantly, a judge) reads the current amendment, a ban is not out of the question, so long as it's ratified by Congress. Also, the fact that legislation has to make it past a 2/3 Majority in the House and Senate TWICE, in consecutive sessions, before even making it to the President makes restrictions much less likely.

Practically, however, both sides of the gun dispute would probably oppose this amendment, because it is clearly a compromise, and each side probably believes that its interpretation of the current amendment will prevail. At most, only one of these positions can be correct.

I do think the gun-rights movement has more to gain from this language than the anti-gun lobby, and they definitely have more to lose with the current amendment.

I found this discussion on the 2nd Amendment here.
Posted by Brad Raple at 12:54 PM 1 comment:

Thomas Paine would poop his pants over this one 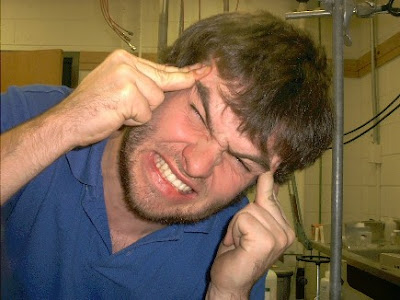 Many people criticize legislators who frequently miss votes in their respective law-making bodies.

To these people, I'd like to point out the following article on Ars Technica.

I could go on and on about how this is a terrible idea, which restricts free trade, and deprives people of their property rights, but I think Mr. Paine pretty much sums it up here.

I'd rather have my legislators on vacation than ratifying this type of legislation any day. I'd even rather have them at the bar.
Posted by Brad Raple at 10:11 PM No comments: 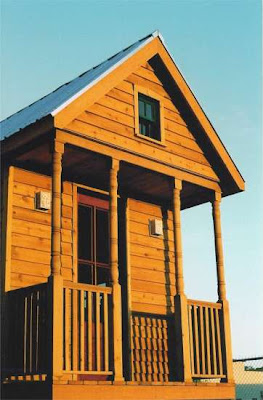 I read Jay Shafer's book yesterday. When I first saw it, I was immediately disappointed. It was about as thick as the manual that came with the last video game I bought. After thinking about it, I laughed. What did I expect? It's a book about 100 square foot houses. Did I expect it to be huge?

The size turned out to be one of the best things about it. It took me about an hour to read the whole thing, but I feel like I got more out of it than the vast majority of books I've ever read, regardless of length. The entire time I was reading, I felt engaged with what he was saying. He made some extremely compelling arguments in a very concise way. He didn't come off as a crazy, Greenpeace style environmentalist. He made living in a house the size of my bedroom closet sound completely reasonable.

Many of the things he said make such obvious sense that it's difficult to understand how the conventional wisdom went off course from where it used to be. People spend so much of their money on a house, and stuff to fill the house, and then a bigger house to fit all the extra stuff they've bought. And money is time. You could take some of that money, and put it towards travel, investments, or perhaps you could just work fewer hours and enjoy your time.

I'm not going to sell my house to move into a tiny house anytime soon, but I really
identified with some of his statements. He dislikes suburbs, and I understand why now. I think I'll look for a different type of house next time, and will definitely want one closer to work. Even if it costs more, or is smaller. Life is too short to spend 10% of your waking hours fighting traffic to get to and from work.
Posted by Brad Raple at 11:30 AM 1 comment: 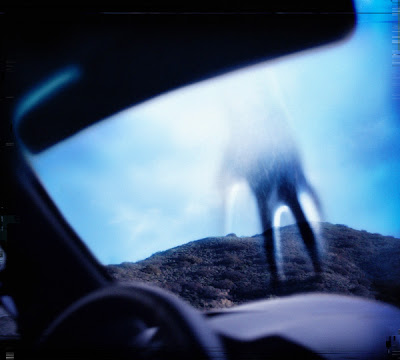 I've listened to Year Zero (the new NIN CD) several times now, and I think I enjoy it quite a bit better than With Teeth.

I like some of the guerilla marketing NIN has done for this album. The entire album will be released in GarageBand format, allowing anyone to remix it. Before it was released, people found USB keys containing various songs from the album in random bathrooms in Europe. Also, the entire album has been streaming on the NIN website for some time now. And that's not even mentioning the conspiracy theory website. It's received a great deal of press, and I hope it works out for the band. flipthedolphin has a good recap of the events. I highly recommend reading it.

I bought the CD, so it worked on me, at least. Another cool thing is that the CD is black, but when you take it out of the CD player, it turns white. After it cools down, it goes back to black.
Posted by Brad Raple at 11:12 AM No comments: