...is the way to go.  No more jars for me.  It's plastic, refrigerated buckets or nothing.

Just thought you'd like to know.
Posted by Brad Raple at 12:25 AM No comments:

The newest member of the family 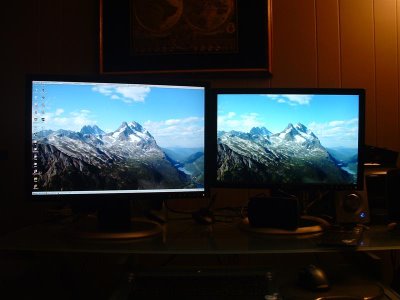 The one on the right is the Dell 2005FPW, which I've had for some time. I've sold over 100 of them on eBay, as well. It was my bread and butter product for most of 2005. The one on the left is the 2405FPW. (These aren't my actual monitors, BTW, just a pic I grabbed from Google Image Search.)

Here are some reviews from PC World and C|Net, in case you're interested.
Posted by Brad Raple at 10:26 PM 1 comment:

I have seen the light

I used to do 7-10 day eBay auctions, and always scheduled them to end on Sunday evenings. I figured people would be at home on the computer at that time. I'm now trying the complete opposite, and it seems to be working.

I'm selling the Dell laptops on one day auctions ending in the middle of the afternoon. I tend to ignore auctions with more than one day left, because I'm impatient. I think that also describes most other eBay shoppers. Also, people tend to be on their computers more and more nowadays, and not just in the evening. I know some people who are on their computers all day at work. I'm guessing there are a lot of others similiarly situated.

Based on my current listings, they're going pretty well so far. I hope they keep it up.
Posted by Brad Raple at 5:43 PM No comments: 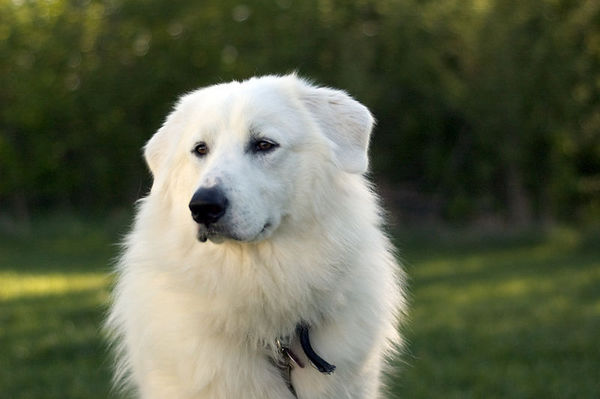 Gentlemen of the Jury,

The best friend a man has in the world may turn against him and may become his enemy. His son or daughter that he has reared with loving care may prove ungrateful. Those who are nearest and dearest to us, those whom we trust with our happiness and our good name, may become traitors to their faith. The money that a man has, he may lose. It flies away from him, perhaps when he needs it most. A man's reputation may be sacrificed in a moment of ill-considered action. The people who are prone to fall on their knees to do us honor when success is with us may be the first to throw the stone of malice when failure settles its cloud upon our heads.

The absolutely unselfish friend that man can have in this selfish world, the one that never deserts him, the one that never proves ungrateful or treacherous, is his dog. A man's dog stands by him in prosperity and in poverty, in health and in sickness. He will sleep on the cold ground where the wintry winds blow and the snow drives fiercely, if only he may be near his master's side. He will kiss the hand that has no food to offer; he will lick the wounds and sores that come in encounter with the roughness of the world. He guards the sleep of his pauper master as if he were a prince. When all other friends desert, he remains. When riches take wings and reputation falls to pieces, he is as constant in love as the sun in its journey through the heavens.

If fortune drives the master forth an outcast in the world, friendless and homeless, the faithful dog asks no higher privilege than that of accompanying him, to guard him against danger, to fight against his enemies.

And when the last scene of all comes, and death takes his master in its embrace, and his body is laid away in the cold ground, no matter if all other friends pursue their way; there by the grave side will the noble dog be found, his head between his paws, his eyes sad, but open in alert watchfulness, faithful and true, even in death. 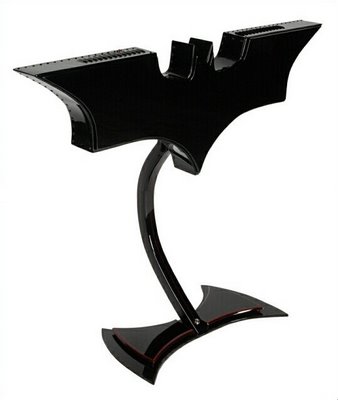 This is impressive. Deciding where to start is tough, but I'll try.

1. The guy paid way more attention in shop class than me.
2. The guy is clearly not hurting for free time.
3. The guy's self-image must be unshakeable, because as cool as this is, it's still very nerdy.
4. It's more attractive than most of the stuff from the actual movies, especially the circa 1997 Bat Nipples George Clooney sported on his costume.
5. Despite having several high-speed air intake fans, it still doesn't suck as hard as Clooney's Batman movie.
Posted by Brad Raple at 10:47 PM No comments: 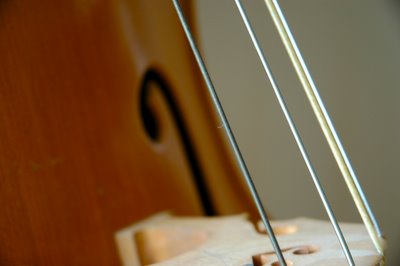 Posted by Brad Raple at 3:17 PM No comments: 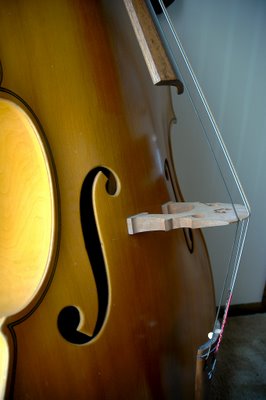 Here's a picture I took today of my father-in-law's bass.
Posted by Brad Raple at 3:10 PM No comments: 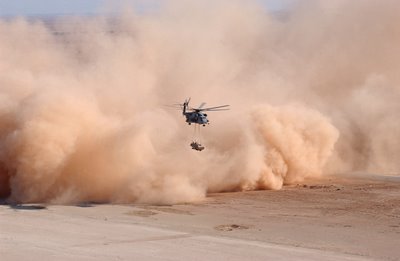 I had heard about dust problems with dSLR's on the dpreview D70 forums, but I didn't realize how bad my problem was until I did some testing. I took some test shots, and was very surprised to find large quantities of dust on my D70's CCD. If you have a dSLR, and want to test it for dust, follow these steps.

1. Stop the lens down to it's smallest aperture (largest f-stop number)
2. Aim at a clear, blue sky (or blank, white wall)
3. Take the camera as far out of focus as possible
4. Take a picture

If you view the picture at full size and see weird, dark blotches all over the screen, you either have dust, or have spilled ink on your screen. If you're like me, you've done both. Luckily, you're not totally hosed. I did some research, and found that cleaning the CCD (or CMOS if you have a Canon camera) is remarkably easy, if you have the right tools. My research led me to the Copperhill Method.

I ordered the Ultimate dSLR care kit a couple days ago, and received it within two days. I was very impressed with the turnaround time. The instructions were very clear and thorough as well. My first attempt took about 3-5 minutes. I took another test shot, and was amazed at the difference before and after. Trust me, the dust splotches look even nastier at full resolution. Thankfully, the color gradient is due to the increased brightness of the sky, and not a ruined CCD as I first feared.

The kit was well worth the money, in my opinion. Not only did it take care of my pesky dust problem, the included lens care kit also removed a stubborn splotch from the rear element of my 18-70mm Nikkor lens. It's a great lens, but I'd rather have my 18-200 VR back. Unfortunately, I'm stuck using it until I get my new shipment.

Hopefully Ritz comes through on that one sooner rather than later.
Posted by Brad Raple at 11:58 PM No comments:

If you know anyone who needs a laptop, drop me a line, or spread the word.  I've got some pretty high end Dell's for sale.

Here are the specs:

In the running again 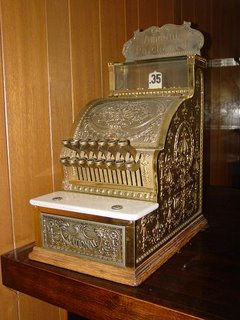 I ordered some more Dell laptops. We'll see how they go this time. I didn't make very much last time, but it was still worth my while. These are some pretty solid ones, with Core Duo processors, 1GB RAM, and a 100GB hard drive. They even have a DVD burner.

These are really just to tide me over until I get my lenses. Those should be a good deal. I made a couple hundred bucks off the last one. I probably could have sold it for more, even though it had been used a few times. When I get my big order, we should be in business.

I really need to figure out a way to get a steady supply of a product. There are advantages to finding niches in the market, and pouncing on them, but there is a downside as well. Looking for specialized deals, and then researching and marketing them takes time. Listing them on eBay takes time. If I could have a few products with a constant supply, I could automate most of the process. I wouldn't be getting the big score as often, but I would ideally have a steady stream of income. It would probably pay off better in the long run that way.
Posted by Brad Raple at 9:52 PM No comments: