I have several big topics I need to cover.  Graduation...our new house...Bar/Bri.  However, I'm not up to the task at the moment, so I'll talk about my new Macbook.

I preordered one from the CompUSA where I used to work, but a week or so went by and they still didn't have it in stock.  Meanwhile, I started my bar prep course at UMKC, which is near the Plaza.  The Apple Store is IN the Plaza, so I stopped by for a visit.  They had the MB in stock, and I was tired of waiting.  One thing led to another, and I walked out with it.

It's fast.  In fact, it's faster than my Macbook Pro except for 3d games.  Not that I've actually had time for those in the last couple of years.  I put 2 gigs of RAM in there, and it's MUCH faster than any computer I've ever owned before.

I like the size, I like the screen, and I like that it doesn't make the buzzing noise the MBP did.  It runs cool as well.  Better battery life, better screen.  The screen is lower resolution, but I'd rather have extra portability and battery life over extra screen real estate.

I really think I'm going to like this one, although I do wish it was aluminum instead of the polycarbonate.  I got used to the metal look, and I felt a lot more professional when using my powerbook or my MBP.  However, this is much cheaper than the MBP, and has other advantages as well.

That being said, I've had nothing but problems with the new RAM setup.  I've read numerous posts online about the MB's "improved" RAM installation procedure.  I beg to differ.  The screws wouldn't fit my screwdriver very well at all, even though it worked fine in my MBP, iBooks, and Powerbooks.  It's not so much the size as it is the angle from which you have to approach the screw.

That's about it for now.  I'll probably post details about the house and my thoughts on graduation this weekend.
Posted by Brad Raple at 12:48 PM No comments:

All good things must come to an end. 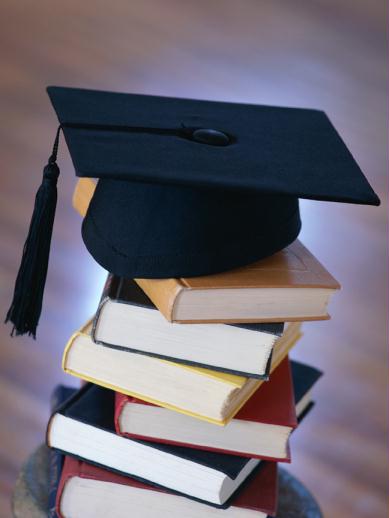 Fortunately, bad things like law school eventually do too.

It's over. I had my last final yesterday afternoon, and the reality still hasn't sunk in. I've been in some form of the education system for the last 21 years, and now I'm done. I'll never take a final again. I will have to take a test this summer, but it's not technically school. I walk down the hill on Sunday, and that's it.

It's a huge burden off my shoulders, but I'm picking up a new one at the same time. I suppose it happens to everyone at some point, but I'm actually out in the real world now. I've been pretty much independent since I was about 21 or so, and have had at least one legitimate "real job", but now I'm doing something permanent. Barring something unforeseen, I'm planning on being a lawyer for the rest of my life.

Hopefully the bar exam doesn't change my mind for me.
Posted by Brad Raple at 9:31 PM No comments: 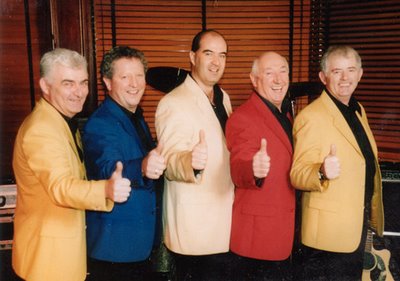 My MBP is back. I'm pretty sure Apple fixed the thermal paste problem. It's MUCH cooler now than it was before. That was a HUGE pain, but apparently it's taken care of. They replaced the motherboard and bluetooth adapter. It only took 3 days for them to repair, and part of that time was the weekend. They overnighted me a power adapter as well, so that's taken care of too.

It's really fast. Faster than any laptop (or any computer) I've had before. However, I should do the fiscally responsible thing now that we're buying a house. Therefore, I'm selling it. I'll probably end up getting one of the new MacBooks to replace it sometime this summer. Losing the extra screen resolution will suck, although not as bad as losing the video card the MBP has. Not to mention the aluminum case, and the cool factor of having one.

We'll see what happens though. I may end up getting another one down the road one of these days.

On another positive note, I have a new eBay item. I recently ordered a Nikon 18-200VR lens for my D70. (Note that the link goes to a MAJOR camera retailer that's out of stock.) It wasn't cheap, but it was about $250 less than the going price. I thought about getting a bunch of them but chickened out. Not this time. I went "all in" as my poker playing buddy would say. Hopefully the supply/demand issues haven't been resolved by the time I get my shipment.

It's really reassuring to know that I'm not limited to Dell for my eBay operation. Dell was getting less appealing by the day. Lower margins, coupled with sales tax in Kansas led me to think the eBay party was over. I guess it just goes to show that there are always opportunities, if you keep your eyes open.
Posted by Brad Raple at 12:46 AM 2 comments: 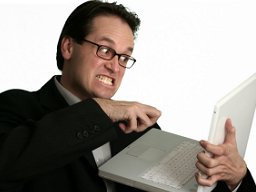 Main Entry: 1frus·trate
Pronunciation: 'fr&s-"trAt
Function: transitive verb
Inflected Form(s): frus·trat·ed; frus·trat·ing
Etymology: Middle English, from Latin frustratus, past participle of frustrare to deceive, frustrate, from frustra in error, in vain
1 a : to balk or defeat in an endeavor b : to induce feelings of discouragement in

And yes, I'm talking about my MacBook Pro again. It's on it's way to service right now. Since I've last complained about it, the Bluetooth module is flaking out on me, and the "innovative" new power adapter doesn't work anymore. I'm still having all the other issues, including the major heat issue, which I'm convinced is related to the thermal grease fiasco detalied here.

The Apple Care tech I spoke with tried telling me I should expect the thing to be very hot. It's a dual-core processor, after all. I tried telling him that dual-core or not, the Core Duo in my MBP doesn't put out that many watts compared to many other CPU's. He also told me that Apple doesn't skimp on the Front Side Bus, and uses high-end memory. I don't know what the quality of the RAM has to do with overheating, but every other computer manufacturer out there making Core Duo notebooks uses the same FSB on their laptops.

I also found his, "We don't skimp!" explanation pretty ironic, considering the video card in this thing is underclocked by about 35-40%. I don't think that's very appropriate. I'm willing to sacrifice some performance for the sake of aestetics and useability. As much as I like a silent notebook, I'd sacrifice a little noise if the thing isn't cooking my palms when I type. And the "useability" argument doesn't go very far when the thing is completely inoperable, as mine currently is. And the laptop is far from silent. I'd rather deal with a little fan noise than the variable pitch/volume whine this has.

There's a new MacBook coming out this Tuesday, supposedly. I'll be watching it really closely before I buy one. If the reviews are positive, the MBP might go up on eBay as soon as it gets back. It's like I told the tech though, I've had dozens of computers, and at least ten Macs. This is by far the most expensive computer I've ever owned. I can honestly say it's also the worst, Windows or Apple.

edit: Now that it's back from service, my anger has subsided. It's definitely not the worst computer I've ever owned, but I really was dissapointed with the problems I was having. I think my expectations were too high. I was coming directly from the best computer I've ever owned. The good news (in case you didn't see it above) is that the problems are almost all resolved, and it didn't cost me anything to accomplish that.

I'm now much more satisfied with the laptop, although I still think I'm going to sell it. I need the cash more than the laptop. We close on our new house in a week.
Posted by Brad Raple at 1:40 PM No comments:

I think we've reeled one in. 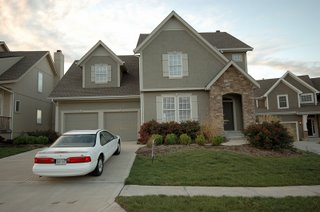 It's in Olathe. Hillary and I are pretty excited. The seller should sign off on the contract by Monday, and we'll hopefully still be on target for a Memorial Day move.

I think we may have hit a snag on the house.  We'll find out more on Tuesday.  If this one doesn't work out, there will be others.  We're in no rush.
Posted by Brad Raple at 10:17 AM 5 comments: