Take Back the Beep

Below is an email I sent to Mark Siegel, AT&T's executive director of media relations.

I’m writing in regard to David Pogue’s article regarding mandatory, extensive voicemail instructions on every call. I have three AT&T phone lines, and am increasingly frustrated with the canned messages I’m forced to sit through whenever I call another AT&T subscriber. Mr. Pogue indicates this is an intentional grab at increasing the number of minutes used by your customers. This is disturbing.

Yet what makes this particular action even more insidious is that, due to free mobile to mobile minutes, carriers only benefit from the extra minutes when their customers are calling customers on a different carrier. Therefore, the carriers would only benefit from this tactic if it was universal. This smacks of anti-competitive collusion.

At a minimum, please allow people to opt out of these messages for their own voicemail boxes. Better yet, eliminate the practice altogether.

Brad Raple
Posted by Brad Raple at 7:45 PM No comments:

Does he think no one remembers this stuff?

Think of Bernake as the Anti-Peter Schiff. On a related note, the Fed is now less popular than the IRS.
Posted by Brad Raple at 11:26 PM No comments:

To those who think torture gives us good information...

...consider this guy, otherwise known as the "intelligence gold mine."
Posted by Brad Raple at 1:45 PM No comments:

Obama on US economic crisis: 'The fire is now out' -AFP, via Yahoo!

We'll see about that. The only thing we've done is spent money we don't have, which was the problem in the first place.

We haven't put the fire out. We've poured gasoline on it.

Posted by Brad Raple at 8:15 PM No comments: 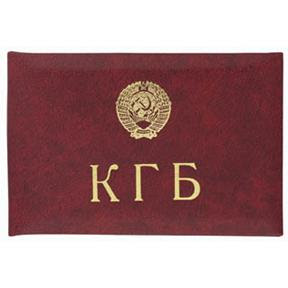 Now all we have to do is invade Afghanistan. Oh, wait...
Posted by Brad Raple at 7:49 PM No comments: (PICTURED: The federal government attempting to fix the economy)

"WASHINGTON – Republicans lined up Sunday in opposition to a second economic stimulus package, a rare demonstration of unity from an out-of-power political party in search of a rallying cry against President Barack Obama." - AP via Yahoo!

On the one hand, I like to see this kind of response. On the other hand, they should have done the same thing when Bush, Bernake and Paulson shoved the TARP down America's throat a year ago. The fact that they didn't makes them look like they're opposing Obama's plans for partisan reasons rather than legitimate policy differences.

Now this is an Obama plan I can get behind

WASHINGTON – The multicolored terror alert system that was created after the Sept. 11, 2001, attacks could be getting an overhaul — or could be eliminated entirely. - AP via Yahoo!

In addition to being vague to the point meaninglessness, the color coded alert system created a boy-who-cried-wolf attitude regarding air travel. I travel all the time, and haven't seen the constant "Orange Alert" increase vigilance in any way. I suspect it's done the opposite.
Posted by Brad Raple at 8:15 PM No comments:

I tried linking this the other day...

...but apparently EuroPac.net is set up in a way that isn't friendly to linking to particular articles. I've reproduced the article here, with a link at the bottom to Mr. Schiff's firm's website.

This does a great job of demonstrating that government action, despite it's (sometimes) good intentions, usually has unintended negative consequences that effectively make problems worse, or have a negative impact somewhere else that outweighs any actual benefits.

In a free market, demand is always a function of price: the higher the price, the lower the demand. What may surprise most politicians is that these rules apply equally to both prices and wages. When employers evaluate their labor and capital needs, cost is a primary factor. When the cost of hiring low-skilled workers moves higher, jobs are lost. Despite this, minimum wage hikes, like the one set to take effect later this month, are always seen as an act of governmental benevolence. Nothing could be further from the truth.

When confronted with a clogged drain, most of us will call several plumbers and hire the one who quotes us the lowest price. If all the quotes are too high, most of us will grab some Drano and a wrench, and have at it. Labor markets work the same way. Before bringing on another worker, an employer must be convinced that the added productivity will exceed the added cost (this includes not just wages, but all payroll taxes and other benefits.) So if an unskilled worker is capable of delivering only $6 per hour of increased productivity, such an individual is legally unemployable with a minimum wage of $7.25 per hour.

Employers also have the choice of whether to employ people or machines. For example, an employer can hire a receptionist or invest in an automated answering system. The next time you are screaming obscenities into the phone as you try to have a conversation with a computer, you know what to blame for your frustration.

There are numerous other examples of employers substituting capital for labor simply because the minimum wage has made low-skilled workers uncompetitive. For example, handcarts have replaced skycaps at airports. The main reason fast-food restaurants use paper plates and plastic utensils is to avoid having to hire dishwashers.

As a result, many low-skilled jobs that used to be the first rung on the employment ladder have been priced out of the market. Can you remember the last time an usher showed you to your seat in a dark movie theater? When was the last time someone other than the cashier not only bagged your groceries, but also loaded them into your car? By the way, it won’t be long before the cashiers themselves are priced out of the market, replaced by automated scanners, leaving you to bag your purchases with no help whatsoever.

The disappearance of these jobs has broader economic and societal consequences. First jobs are a means to improve skills so that low skilled workers can offer greater productivity to current or future employers. As their skills grow, so does their ability to earn higher wages. However, remove the bottom rung from the employment ladder and many never have a chance to climb it.

So the next time you are pumping your own gas in the rain, do not just think about the teenager who could have been pumping it for you, think about the auto mechanic he could have become – had the minimum wage not denied him a job. Many auto mechanics used to learn their trade while working as pump jockeys. Between fill-ups, checking tire pressure, and washing windows, they would spend a lot of time helping – and learning from – the mechanics.

Because the minimum wage prevents so many young people (including a disproportionate number of minorities) from getting entry-level jobs, they never develop the skills necessary to command higher paying jobs. As a result, many turn to crime, while others subsist on government aid. Supporters of the minimum wage argue that it is impossible to support a family on the minimum wage. While that is true, it is completely irrelevant, as minimum wage jobs are not designed to support families. In fact, many people earning the minimum wage are themselves supported by their parents.

The only way to increase wages is to increase worker productivity. If wages could be raised simply by government mandate, we could set the minimum wage at $100 per hour and solve all problems. It should be clear that, at that level, most of the population would lose their jobs, and the remaining labor would be so expensive that prices for goods and services would skyrocket. That’s the exact burden the minimum wage places on our poor and low-skilled workers, and ultimately every American consumer.

Since our leaders cannot even grasp this simple economic concept, how can we expect them to deal with the more complicated problems that currently confront us?

"AP - Treasury Secretary Timothy Geithner is telling lawmakers the U.S. economy stumbled last year in part because the power and risks of an explosive derivatives market blindsided the government."

That's no excuse. He's basically saying that the government failed to see the negative consequences of its push to increase home "ownership" regardless of buyers' ability to pay. It's yet another example of government's inability to accurately see problems, correctly diagnose them, determine and actually execute the best solutions. These are things best left to the market.

Freddie Mac and Fannie Mae buying everything from the banks, regardless of the stability of the underlying loans, took away the traditional incentive for banks to lend rationally. The government guaranteed the banks' profits, and assumed the risks associated with defaulting buyers.

Banks didn't suddenly become greedy because capitalism failed. Banks have always been out to make a profit. But their greed used to be tempered by risk. When you take away the risk, or as in this case, shift it to third-parties, people will do things that would otherwise be irrational.

Further, all the big banks did this, because if they didn't take advantage of the govenment sponored scheme, they were leaving billions in profits to their competitors. The derivatives market not only rewarded risky lending, but actually punished prudent lending. It was made possible, and even inevitable, by government meddling with things such as Fannie, Freddie, the CRA, and the loose monetary policy of the Federal Reserve.

I don't play roulette, but if someone gave me money to play, and let me keep my winnings, I'd probably spend a lot more rime in Vegas. Bankers are no different.

Posted by Brad Raple at 9:08 AM No comments: