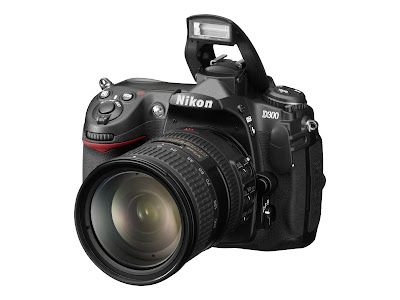 I know I just posted about my camera equipment reshuffling, but I'm already back at it.

I wanted a new camera for Michigan this summer. I really wanted to buy the D80 replacement, but Nikon hasn't gotten around to making one yet. I didn't want to buy a D300, because it's pretty expensive, and really more than I need. I was looking at used D300s, but they weren't much cheaper than new ones. At first, I thought this was a bad thing, but then came to a realization. The fact that I couldn't get a good deal buying a used D300 probably meant that I could get a good deal selling a used D300.

I'm a glass-half-full kind of guy.

I ordered one. If I decide not to keep it, I can probably get almost all of my money back out of it. These cost a couple hundred bucks per week to rent. I'll probably spend no more than $100 to "rent" it for a couple months. That will be plenty of time to get some good use out of it in Michigan.

I also think I'll sell my Nikon 85mm 1.8. It's a decent lens, but I'm getting a cheaper Nikon 50mm 1.8, which will work just as well for a low-light lens. I'll probably put what I get out of the 85mm toward a Tamron 90mm Di f/2.8, which will work better for portraits, and will let me do macro photography as well.

If I do that, my lineup will include a low-light prime lens (Nikon 50mm), a flexible superzoom with VR (Nikon 18-200mm VR), a wide-angle zoom (Sigma 10-20mm), and a portrait/macro prime (Tamron 90mm). That *should* do me for a while. The only other thing I'd really want would be a zoom with a fixed f/2.8 aperture, but I'm flat out not willing to pay for one that I'm not reselling. A telephoto would be nice too, but I really don't need one at this point. If I keep the D300, I'll probably get one of these, although it really irks me that the D300 doesn't work with the ML-L3 remote. You can't beat it.

I'll try to post some pics, once it arrives.
Posted by Brad Raple at 10:46 PM