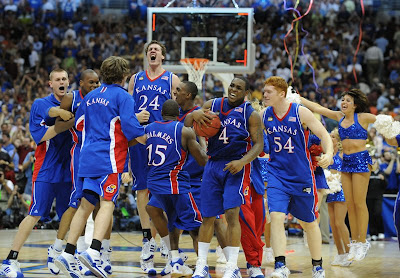 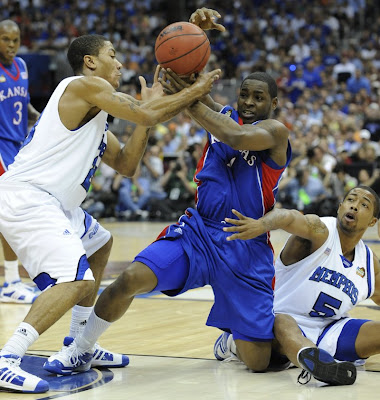 I know Mario's shot gets a ton of credit, and it should. But without Sherron's steal and 3-pointer, it wouldn't have come down to that.

KU's win has to be one of the greatest finishes in NCAA title-game history, maybe even the tournament as a whole. I know there have been some close games, but not many where a team came back from so far with so little time left.

It was crazy. We didn't make it to Lawrence after the game, but we were there on Saturday after the win over UNC. That was pretty crazy the way it was.